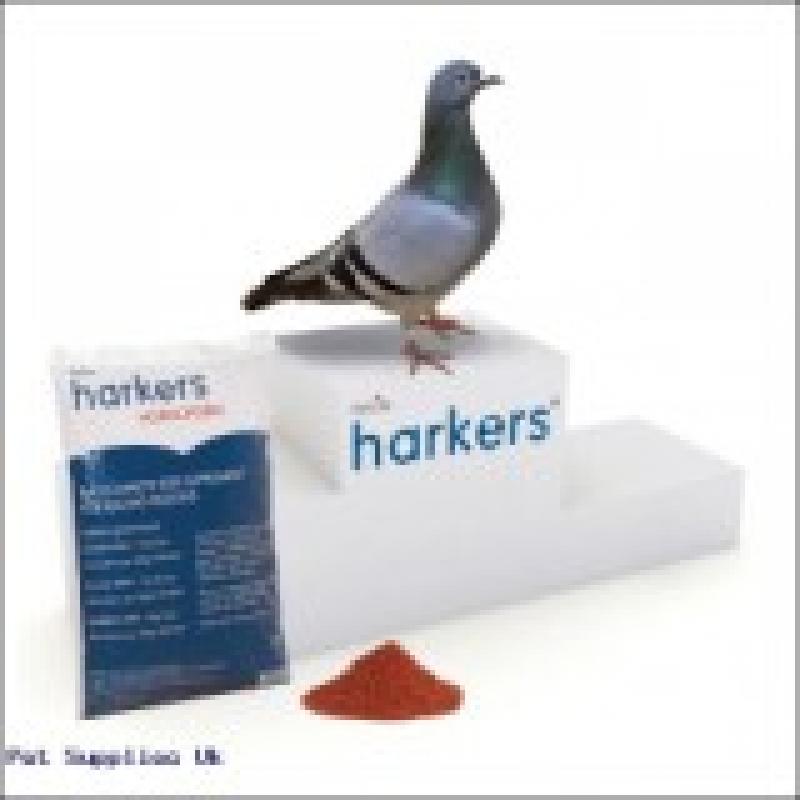 Hormoform was first launched in 1954, after 2 years feeding trials, involving some of the leading fanciers. Hormoform is a supplementary feed, which was probably the first truly scientifically, formulated supplementary feed ever offered to the racing pigeon. The results were remarkable. Fertility and virility improved and Hormoform's influence on the production of crop milk ensured strong well-grown youngsters. Birds raced better than ever and, as a result, demand for Hormoform has increased steadily since its introduction. This and the fact that most of the important races have now been won by Hormoform prepared birds, demonstrates the satisfaction and confidence fanciers have found in this product.

The Formulation Hormoform is a compound of energy-yielding fats and oils, animal and vegetable protein, yeast, cod-liver oil, malt extract, amino acids, vitamins, minerals and trace elements supported on a cut-wheat base.

The calculated typical analysis is as follows:

12% Protein 8.8% oil 5.1% Fibre The protein in Hormoform is designed to complement the protein in the traditional diet not replace it.

The nutrients contained in Hormoform include:

Vitamin A Nicotinic Acid Vitamin D3 Calcium Pantothenate Vitamin K Biotin Vitamin D1 (Thiamine) Inositol Vitamin B2 (Riboflavine) Choline Vitamin B6 (Pyridoxine) Amino Benzoic Acid Vitamin B12 Lysine Chloride Cystine Glycine Iodine Calcium Cobalt Sodium Chloride Copper Phosphorus Manganese Zinc Iron Arginine Methionine Tryptophane The Principle behind Hormoform Hormoform is formulated to supplement the traditional mixture, meaning, for example that if a vitamin is recognised as being at a low level in the traditional mix, it will be included at a high level in Hormoform. Over the years, the formulation of Hormoform has been adjusted to take advantage of the most recent research. These small but significant changes enable the fancier who used Hormoform to benefit from the latest developments in nutritional science, at the same time relying on a feeding system that has stood the test of time. Most Recent Change Most recently, the role of methionine in relation to feather quality has been identified. Feathers are made up of a protein called Keratin.

This protein contains a large percentage of sulphur, an element that is mainly absorbed from the diet in the form of methionine (free sulphur cannot be absorbed and passes straight through the bird). Methionine is an amino acid (from which proteins are made) and the bird is totally reliant on its presence in the feed. Because of the importance of feather quality and the fact that traditional feed mixtures may be low in methionine, the most recent improvement to Hormoform has been to increase the level of methionine included in the mix. This means that birds fed Hormoform are unlikely to be deficient in methionine so feather quality will be optimised.

Hormoform should be given daily with the feed at the recommended strength. Hormoform can also be given separately, in a container, for the birds to feed to their own individual requirement.

With a high inclusion of fat, this makes Light Speed a high energy blend. Perfect for increasing stamina and performance during the racing season.