Together with customers having Adeono virus type I on their young birds, we developed, tested and optimised in 2016 a natural blend of organic acids able to suppress E.coli. The main ingredients of this new product are lactic acids and our own Improver. Lactic acid is an organic compound with the formula CH3CH(OH) COOH. In its liquid state, it is clear. Compared to acetic acid, lactic acid deprotonates ten times more easily than acetic acid does.

As a food additive lactic acid is approved “all over”, including EU, USA and Australia and New Zealand as a food preservative. We found in our laboratory and field test that the combination of lactic acid and our best seller Improver has a tremendous effect on young bird disease as the disease had much less effect on young birds if they were given this product in the drinking water. We decided therefore to call this new product Adeno S.

Adeno S does NOT kill the virus. However, the combination of the natural organic acids and vitamins in Improver, seems to reduce the bloom of E.coli when the pigeons are exposed to the Adeno Virus, and thereby taking the burden from the YBs. After 1-2 weeks the YB survive and develop immunity to the virus.

We also found that it was beneficial to mix AdenoS with our electrolyte Belgamax for the treatment.

For young birds showing signs of adenovirus i.e. womiting and reluctance to train.

Use in water 5 ml/ liter in 5-6 days or until symtoms are absent. Preferably combine with electrolytes as e.g. Belgamax, 1 teaspoon per litre water.

In racing season give 3-4 successive days after race. Can be mixed with other Pigeon Vitality products 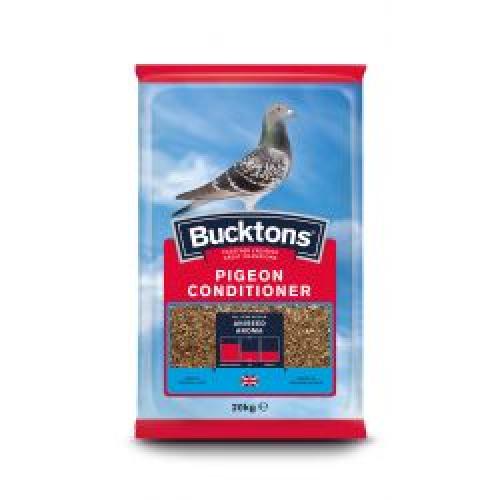